Clayton, one of the nation’s leading home builders, was on a mission to elevate the manufactured home industry by challenging the outdated perceptions and myths surrounding this type of housing. With the Prefabulous campaign, Clayton created powerful videos that brought viewers inside the process of creating one of their Clayton Built® homes, highlighting their modern features and innovative designs. The question was, how could they use these videos to simultaneously target their core consumer base, reach a more aspirational audience, and demolish all those misconceptions about manufactured homes? That’s when they brought in our traditional and digital media experts.

Our strategy was to execute a fully integrated campaign across online and offline channels, prioritizing broadcast TV, CTV, and pre-roll to maximize the narrative impact of the Prefabulous video creative. We took a hyper-targeted approach, leveraging upper-funnel video tactics and broadcast TV placement in strategic DMAs with high retail penetration and a significant population of Clayton’s aspirational audience.

Then, we ramped up the efficiency of lead generation by using sequential video deployment to serve users ads based on their previous engagement. By intentionally moving users from long-form videos to short-form videos, we were able to effectively move them down the sales funnel.

In the end, 91% of all conversions came from the six-second pre-roll spots — the final video in the sequence. Throughout the campaign, we closely monitored each tactic’s performance, shifting the media mix to more efficient KPIs and optimizing the creative based on engagement testing. 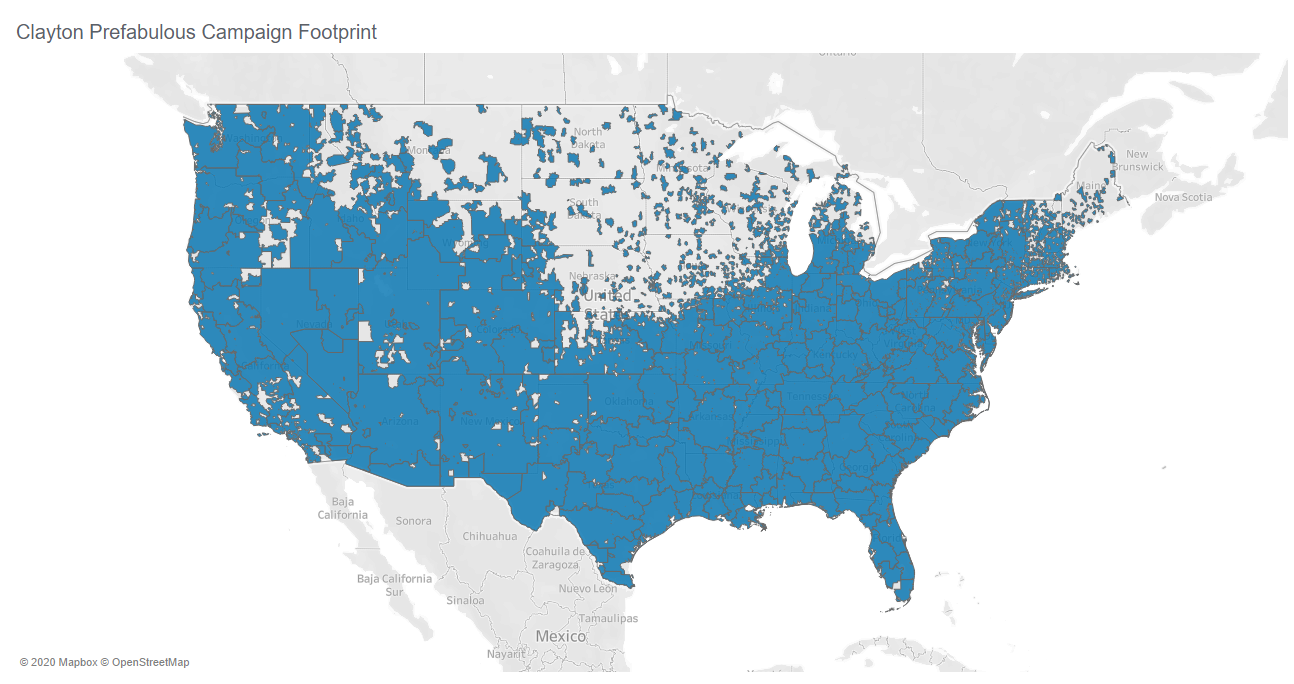 The Prefabulous campaign effectively achieved all of Clayton’s goals, driving a lift in brand awareness, reaching a new aspirational audience, and generating a higher volume of leads year over year. 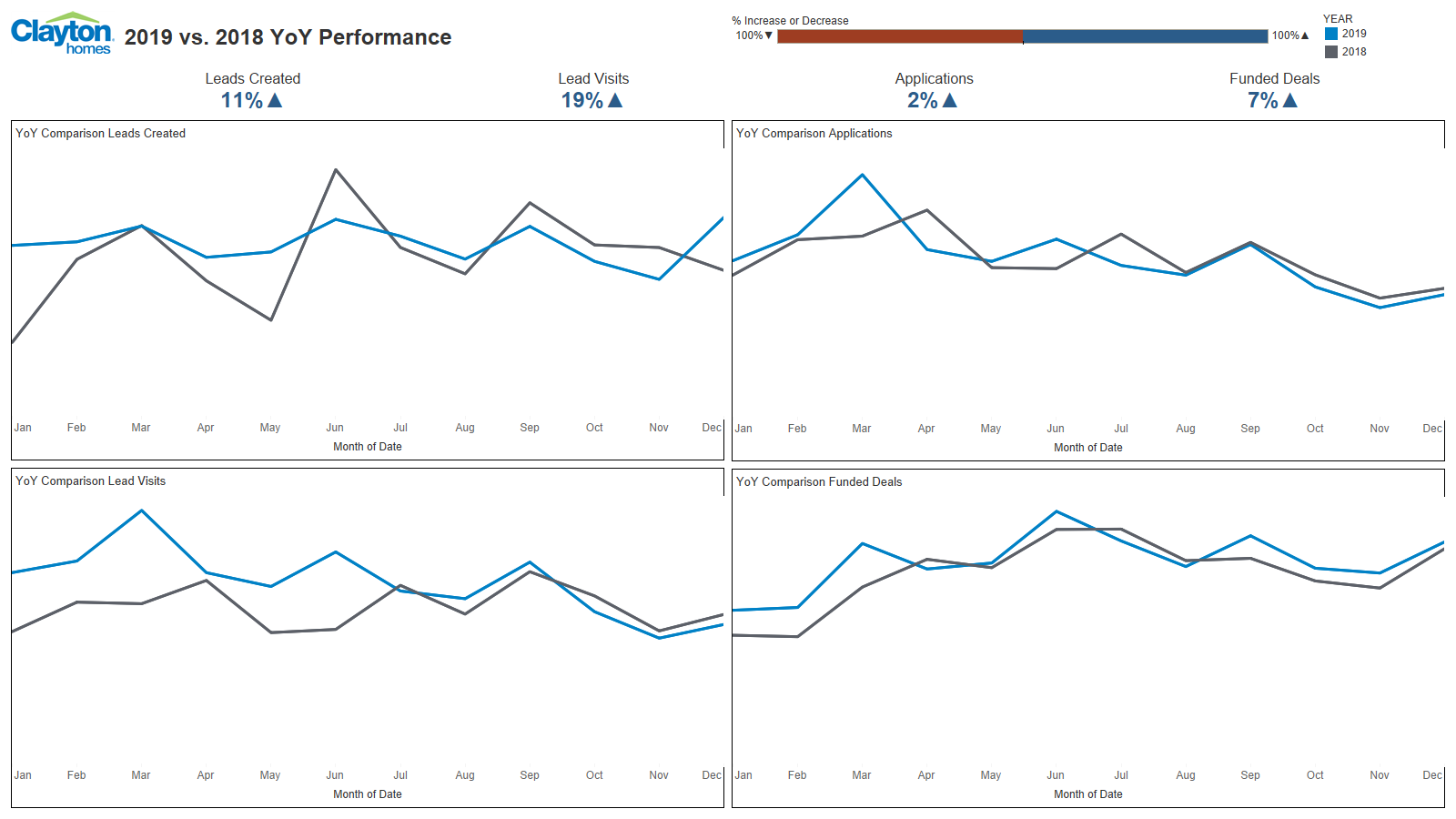 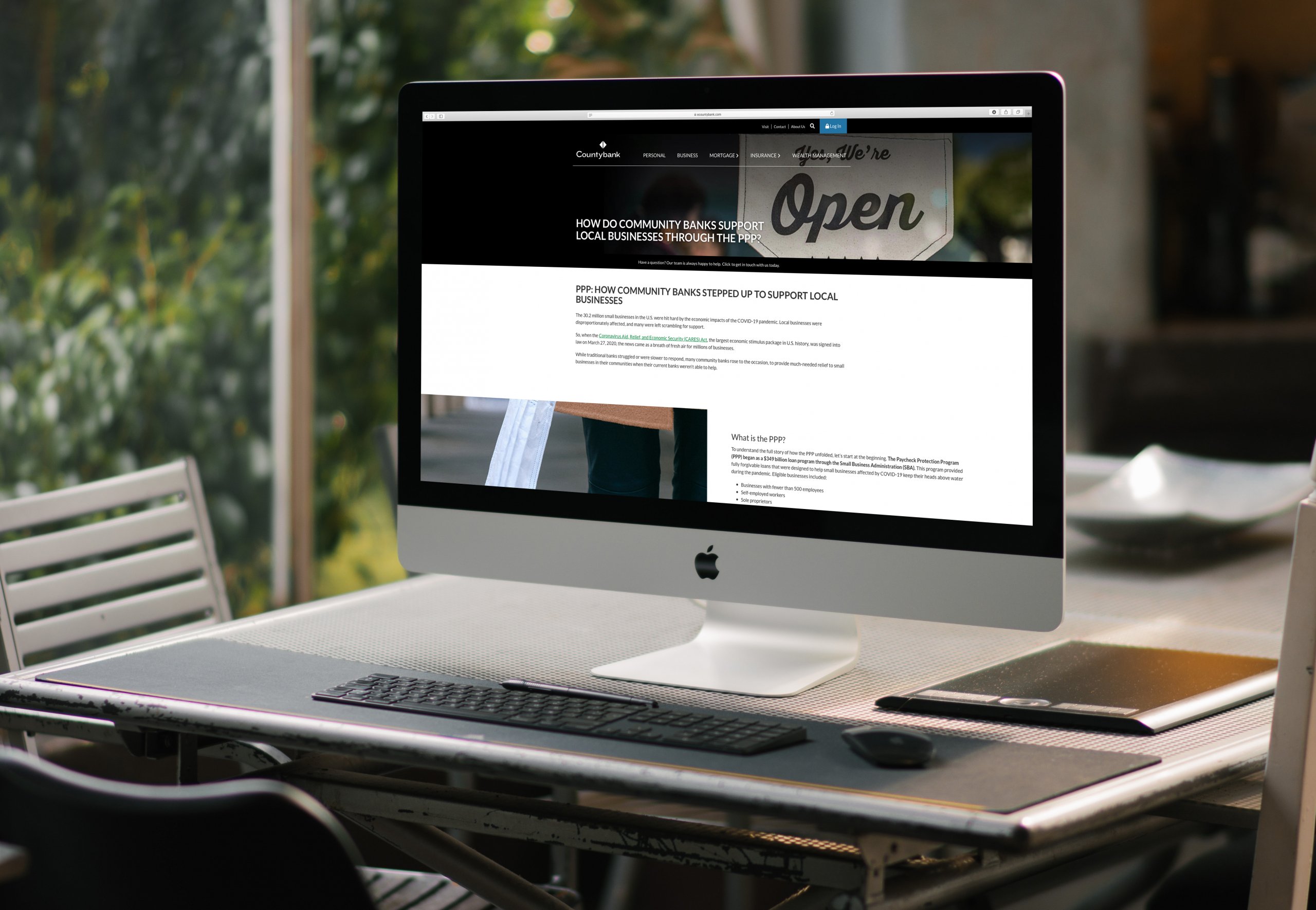