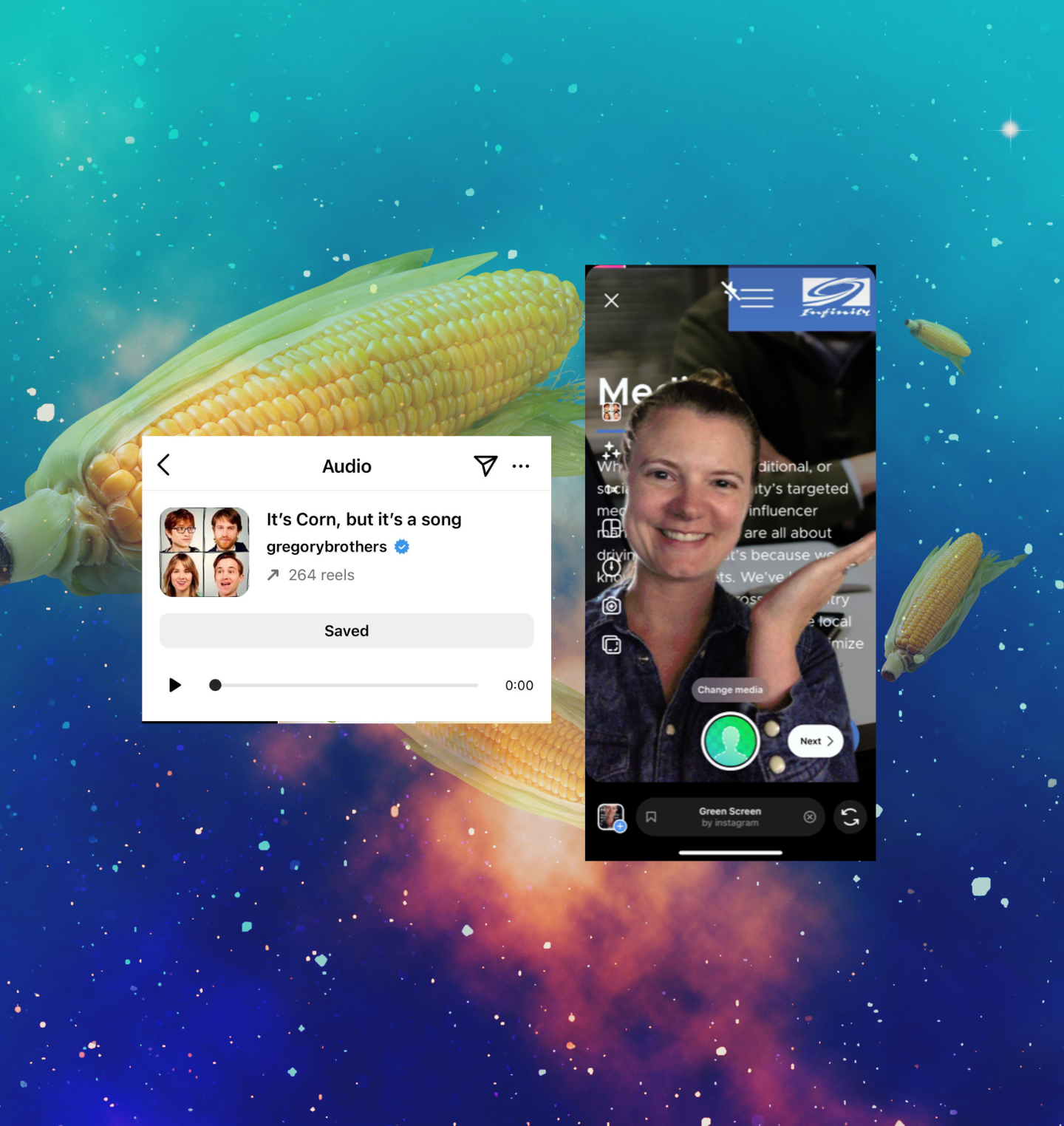 It’s Corn, but It’s a Blog – Viral Sounds and Why They’re Important

Another trend has swept across the internet, and this one features… corn? This time, a cute viral interview of a child talking about his love of corn was transformed into an auto-tuned song by TikTok user @Schmoyoho. After launching on TikTok on Friday, August 25, the sound hit 5K uses by Saturday, over 78.5K after one week, and over 316.3K about two weeks later – not to mention the +21K times it has been used on Instagram – this sound has sparked a trend that has millions of views across the internet and TV.

Trending sounds are a vital part of joining the conversation on TikTok and Instagram Reels. Where hashtags used to be the main way to help your brand get discovered in the past, these audio clips have changed the way the internet approaches content development. Much like memes, these sounds trend for a short time before fizzling out as the next trend takes over. Due to the short shelf life, brands and creators have approximately a week or two to build something that ties into their brand niche.

Many brands have joined the “It’s corn” trend due to how simple it is to tie into whatever topic you’re discussing. Instead of saying you like “corn” it could be planes or golden retrievers. In Chipotle’s case, they one-upped everyone by inviting a special guest to their restaurant. As you approach TikTok and Instagram Reel content, you’ll want to be very careful that you don’t risk your brand’s safety when using these sounds. Make sure you know what the singer or speaker is saying and how the sound is being used. If you’re not careful, it could end poorly (Ex. DiGiorno apologizes for misused hashtag).

Recognize that not every trend will work for your brand, but jump in fast when it does.

If the idea of filming, editing, and publishing a video within a short time frame makes your heart race, don’t fret! We’ve built a tutorial for how to film this trend using the green screen filter and other tools built into these platforms. Note: This tutorial shows the video creator for Instagram Reels, but all of the tools have a similar “twin” within TikTok.

This trend includes multiple pieces: the trending sound, the green screen feature, and the timer tool! See below for screenshots that help explain the steps required:

1. Open this link on your newer smartphone (2018 or more recent will suffice) while signed into the Instagram app.

2. The “Use Audio” button will open up the Reels studio within Instagram. Make sure you have forward–facing video selected – you can change that using the icon in the bottom right corner, as shown below.

3. Select the option to add photos in the bottom left corner, as shown in the visual below. Make sure you already have your selected brand photos in your phone’s library before filming.

Once you’re on the photo selection page, click the icon that is shown circled in the top right corner of the first photo below. It may also say “Green screen.” Once you select that, click on the photo you’d like to use for the first frame. Doing this will take you back to the filming page and should show you with your selected photo behind you (like in the second photo below).

5. Before you begin filming, determine if you’re going to manually film based on your knowledge of the sound or use the built-in timer.

Once you’ve filmed a segment, select the “Change media” button as circled below to select the background image for your next video. Then repeat steps 5 and 6 until you reach where you’d like to end your video (you don’t have to film the entire audio to participate).

6. Once you’ve filmed everything you want, select the white “Next” button in the bottom right of your screen. If you want to add elements like text, emojis, filters, etc., you can do so at this point. You do not need these to have a successful video, but they can add an element of fun.

7. When you’ve added your flair, select the white “Next” button again to come to your final review page. Add the final details:

8. Save the video as a draft, or publish! Remember, try to capitalize on these trends quickly, and don’t wait too long to participate. While “It’s corn” is nearing the end of its lifespan, there are many other trends that will come your way if you pay attention. 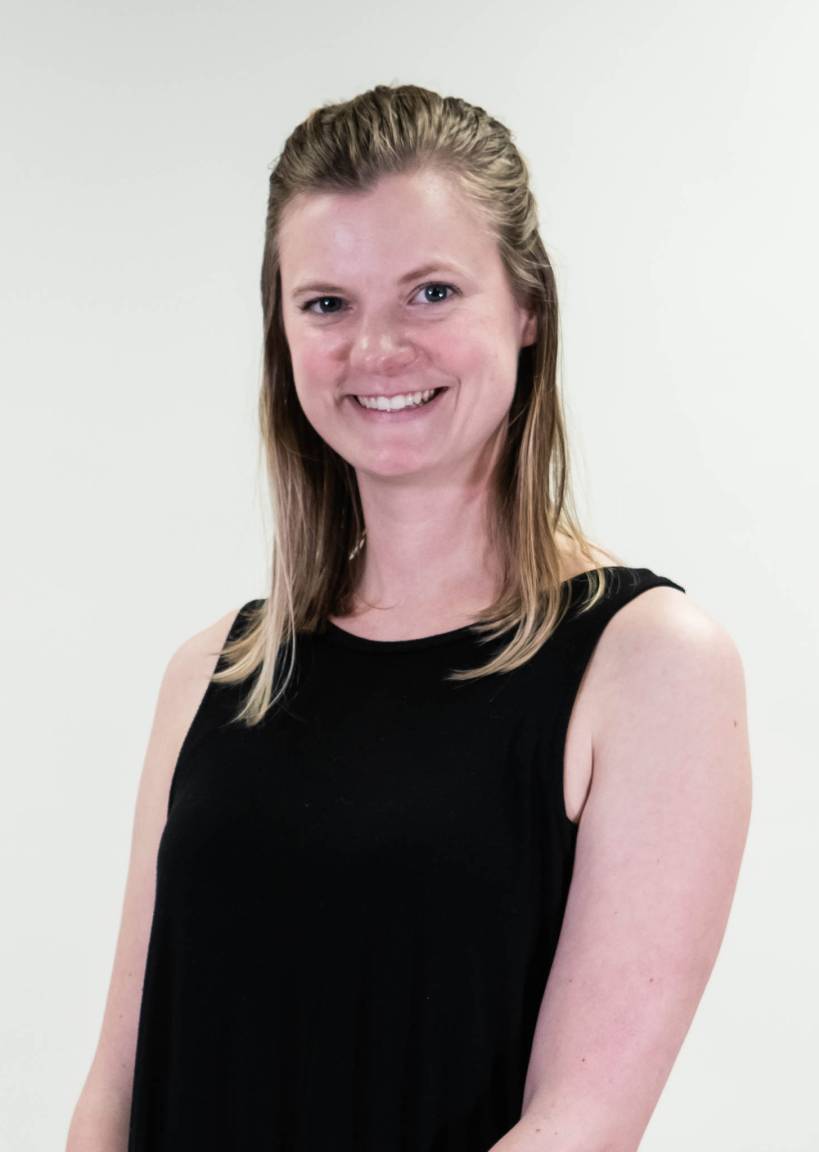 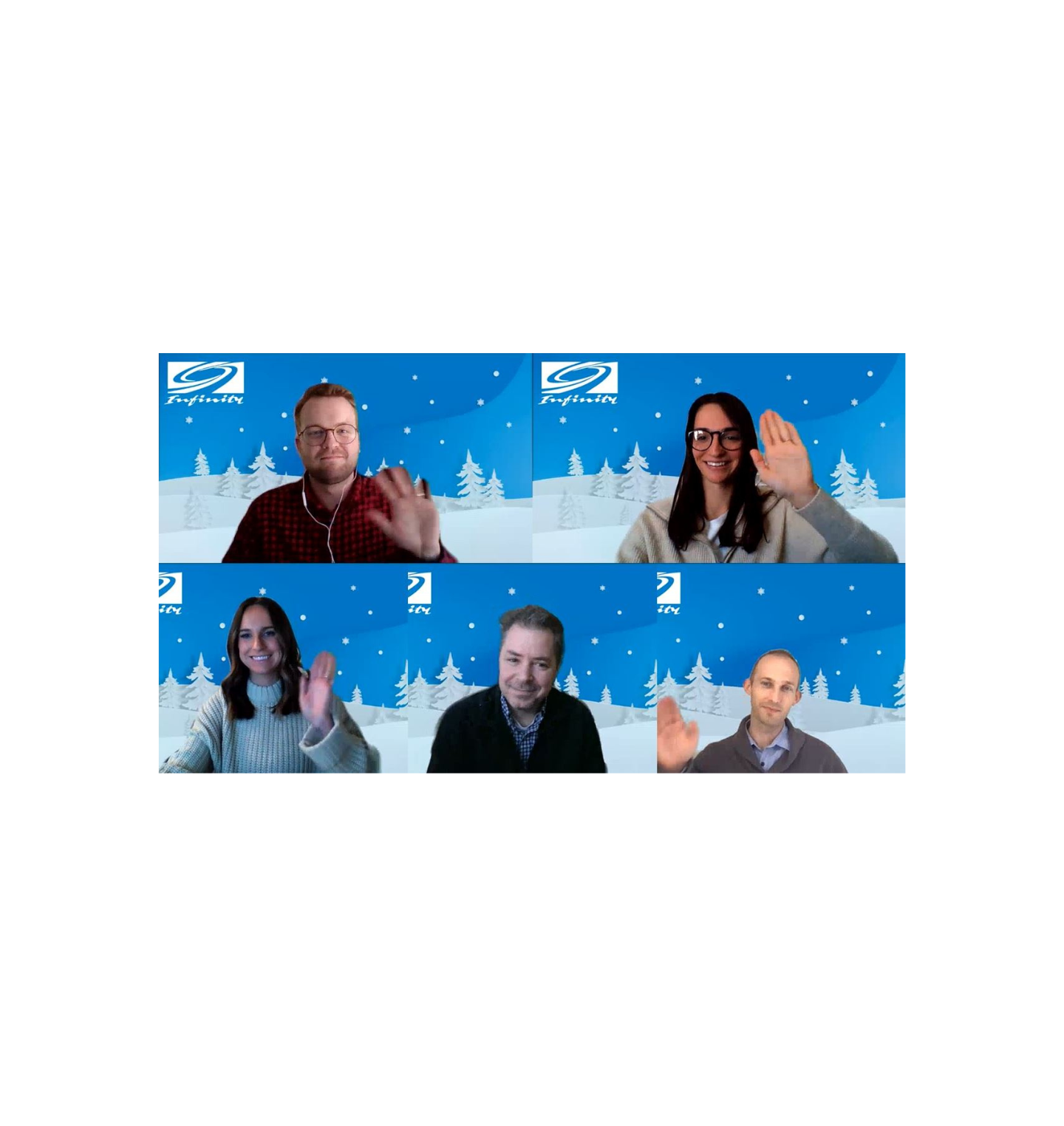 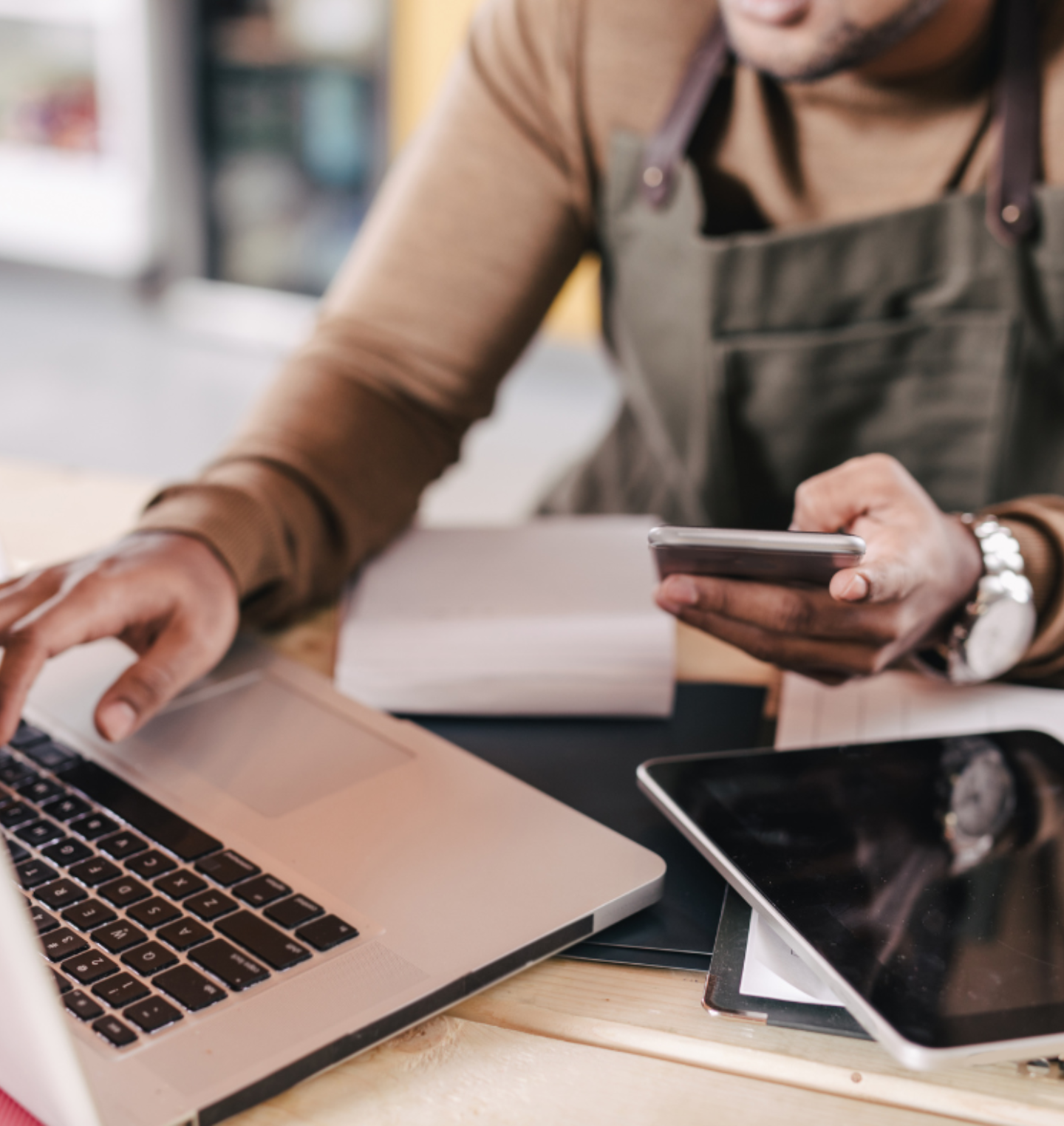 Social Media Listening: What it is and How to Use it 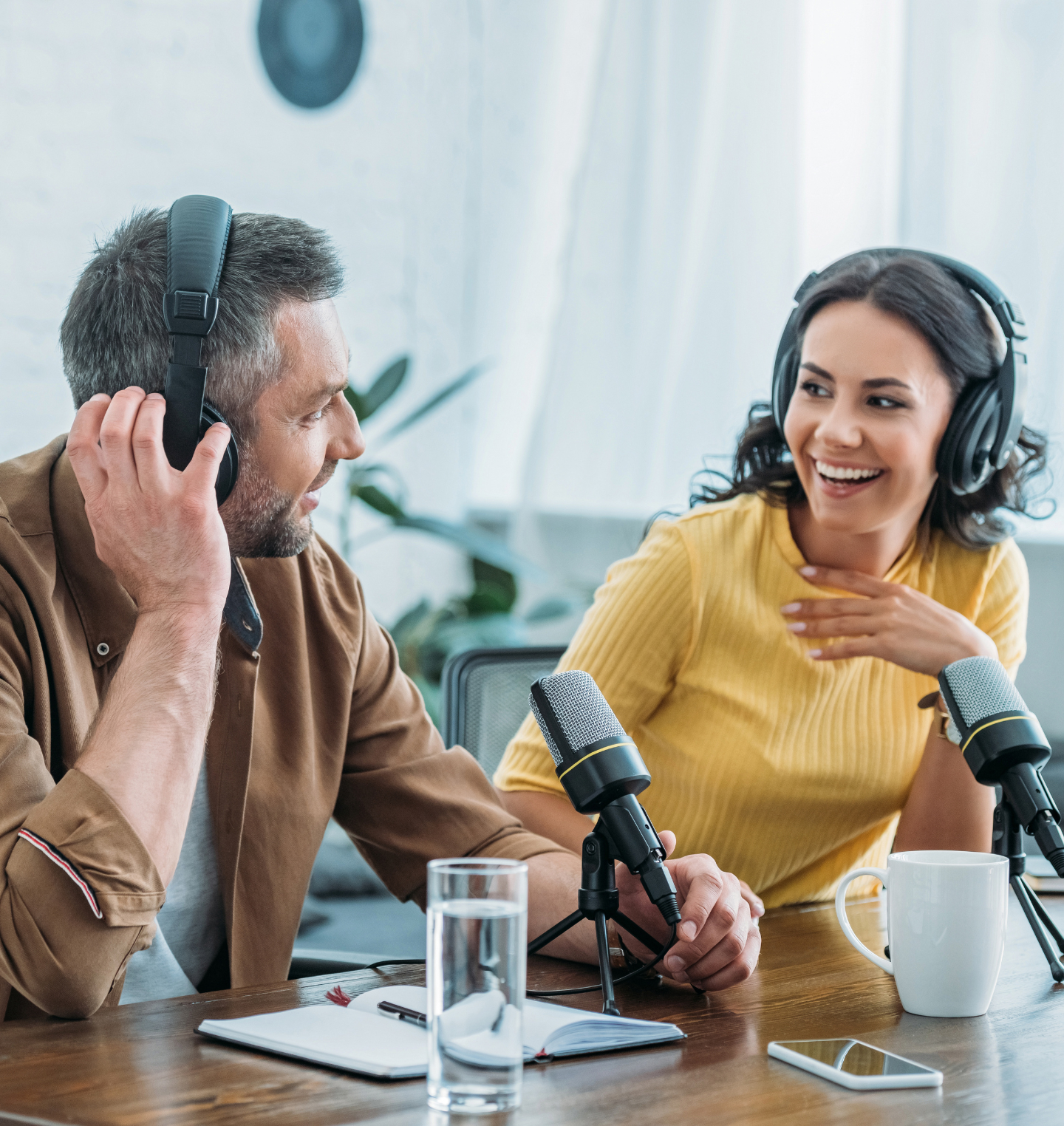 5 Tips for Starting a Podcast