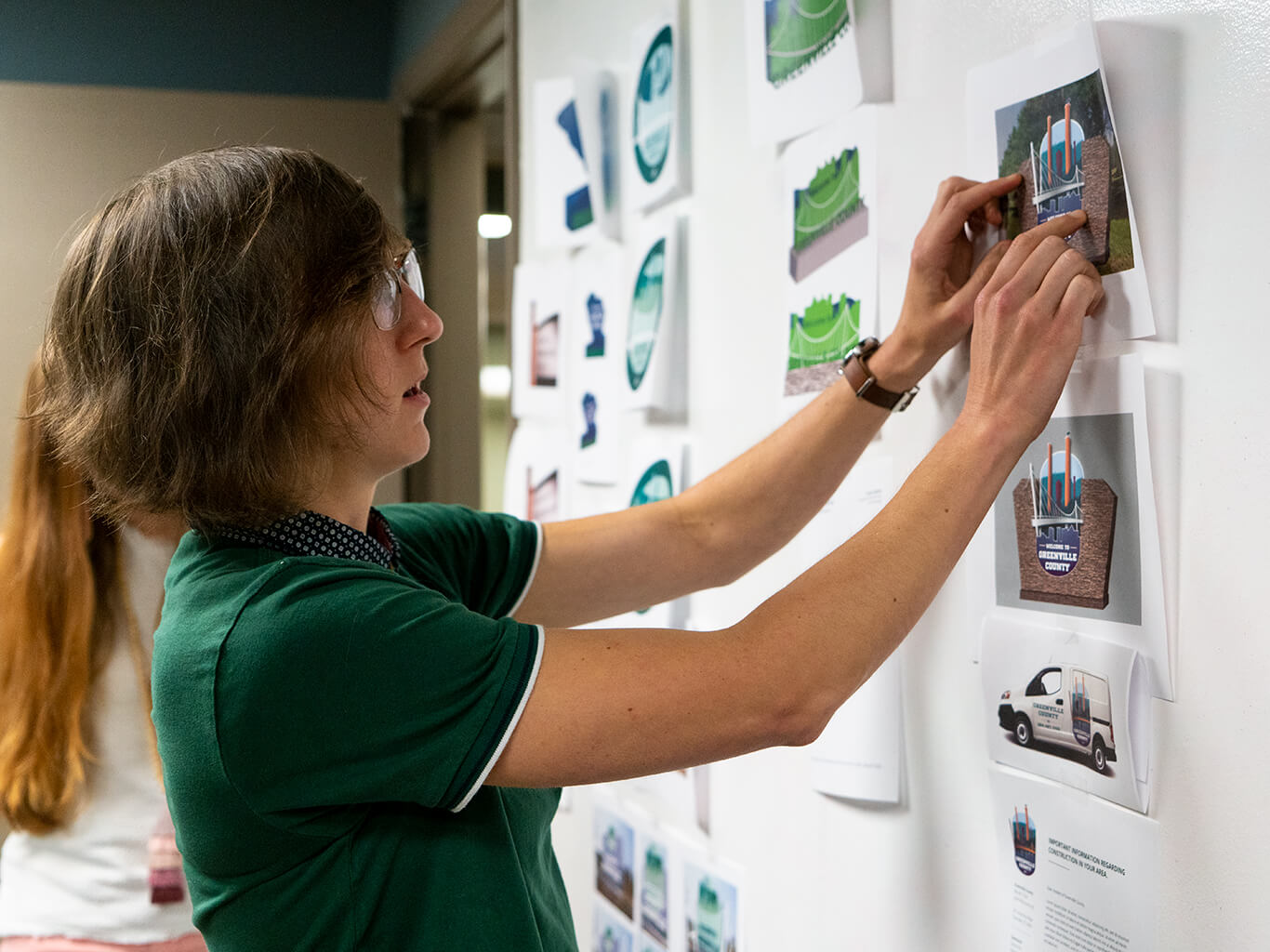 Every young designer has a moment when they see a brilliant TV spot or a clever billboard and thinks, “How did that designer get that piece from concept to completion so seamlessly?” You’ve been there, I’ve been there — we’ve all been there.

When I first started my career as a designer in 2015, I had this idea that design was a delicate thing. I found myself wanting to protect my designs from the world — from feedback, from criticism, and from change. It wasn’t until many years later that I realized my perception had been wrong from the start.

The truth is those creative pieces that we ogle over didn’t spring from a single designer’s mind. It takes an entire team to bring those visions to life and create cohesive campaigns. In other words, creativity is a team sport, and whether you enjoy timelines and budgets or doodling and editing, everyone is creative.

Everyone has a role to play in the creative process, and part of a designer’s role is learning to solve problems and adapt to feedback. So, what’s the best way to harness and channel all that creative energy as a team? Simple. Start leveraging design thinking.

What is Design Thinking?

In the most basic sense, design thinking is a strategy for problem solving. It’s a way of giving form to the creative process, providing much-needed consistency without impeding creativity.

Stephen Gates explains design thinking in episode 33 of his podcast, The Crazy One, as a methodology. The idea dates back to the 60s, when design theorist Horst Ritten wrote about how design could be used to solve “Wicked Problems” (extremely complex challenges that seemed impossible to conquer). Nearly 80 years ago, Ritten realized that multi-dimensional problems required collaboration.

Since then, design thinking has evolved into what it is today: a technique that nearly anyone can (and perhaps already do) use to solve problems in a consistent, collaborative, and procedural way.

How to Use Design Thinking

Design thinking can be broken down into three simple steps or phases:

During this phase, your team will gain an understanding of the problem. You’ll begin looking at historical data, analyzing the competition, dissecting similar brands, and noting campaigns that could be leveraged as inspiration.

Once you’ve brought all the data together, it’s time to sort through everything and present it to the rest of the team in digestible bits. At Infinity, we use creative briefs to help with this phase, so the entire team (and the client) can understand the context behind the problem and the research that’s fueling our decision making. Creative briefs usually stick to the facts, and then, as a team, we synthesize the insights to develop our vision.

While it might not sound like the sexiest part of the process, with the right mindset, searching for inspiration and digging into your topic can be really exciting. This is when the slate is blank, the problem is laid out before the team, and the possibilities are endless.

That’s the key there, though: the problem is laid out before the team. That does not mean a solution has been presented. It’s an easy trap to fall into, but we must resist the urge to suggest solutions from the starting line. During phase one, our goal is simple: Understand the challenge and get inspired as a team. The creative process will always struggle when you lead with execution.

This is the part we all see on TV. A bunch of creative people in a room (or on a zoom call), drawing on a whiteboard, pulling up ideas on their phones, and trying to come up with the big idea. At this point, there are no bad ideas. No judgement. In fact, I’ve found that the more ridiculous and outlandish the idea, the more likely we are to mold some piece of it into the final solution.

The biggest challenge during ideation and brainstorming is overcoming mediocrity. It’s to easy to hear an idea, everyone oohs and ahs, and that’s where the brainstorming stops. With design thinking, our goal is push past this step — to refuse to stop at the first good idea. Because, chances are, the first good idea was the most obvious solution, and though it might sound great at first blush, there’s almost certainly a bigger idea out there.

It’s also important to invite the not-so-formally-creative members of the team to this part of the process. Non-designers and non-writers are instrumental in bringing new perspectives to the brainstorming session, and they’ll likely bring ideas to the table that the formally creative team members wouldn’t have thought of otherwise.

Remember: Everyone is creative, and no ideas are bad ideas. So, make the most of all those big, beautiful brains on your team.

Implementation is, hands down, the most gratifying and exciting phase of the three-step design thinking process. Depending on the type of problem you’re facing, implementation typically follows four steps:

Prototyping can come in many forms. It can be as formal or informal as you want it to be. In episode 35 of Gates’ podcast, The Crazy One, he describes working on the Apple Watch design team and how they were assigned to designing the interface before the physical hardware was ready.

Their prototype? A sugar packet and a rubber band. As the engineering team would tell them about the physical size and shape, Gates’ team would fold the sugar packet accordingly and keep working. This allowed his team to design the digital elements to scale while keeping the interface design moving forward.

Testing and refining your design can be a bit more challenging. Here, the team has to put their ego aside and adapt to the feedback of users. Sure, it can be frustrating to see a group of users misunderstanding the interface of your design or choosing your least favorite option — but that’s showbiz, baby. Open your mind and accept these new challenges. This will help you immensely with one of our largest obstacles as creatives — thinking we’re the end user.

Sure, design is a subjective field, but prototyping and testing designs and products removes any questionable element from the equation. The bottom line is, no matter how wonderful you believe your design is, if the user doesn’t understand it — it’s not achieving its goal. Besides, users are going to react to your design at some point, right? It’s better to see those reactions early and have time to optimize your product or creative before it’s already out there in the world.

Delivery is the final step of this process. Once your team feels they’ve developed the best possible solution to the original problem, it’s gone through testing and refining, and its all packaged up — it’s time to release it your audience. There will likely still be testing and refining after this step, but hopefully all the good work your team has done so far will help keep it to a smaller scale.

So, what did I say? This likely looks somewhat familiar to you, right? That’s because many of us already use design thinking in our everyday processes, whether we’re in a traditionally creative role or not.

Design thinking isn’t an earth-shattering concept — it’s simple. It’s about introducing form and consistency and a procedure to the creative process, which can, at times, be somewhat messy. When done consistently, this type of procedural approach to creativity can help create a more dependable, collaborative methodology for problem solving and idea generation.

The beauty of design thinking is that it pushes both designers and non-designers to think beyond obvious solutions. It encourages teams to start from scratch and break through their metaphorical brick walls to find out what lies on the other side. And, in the end, it empowers us to realize that every idea, no matter how crazy, is absolutely possible.

Explore some of Taylor’s work by visiting the links below. 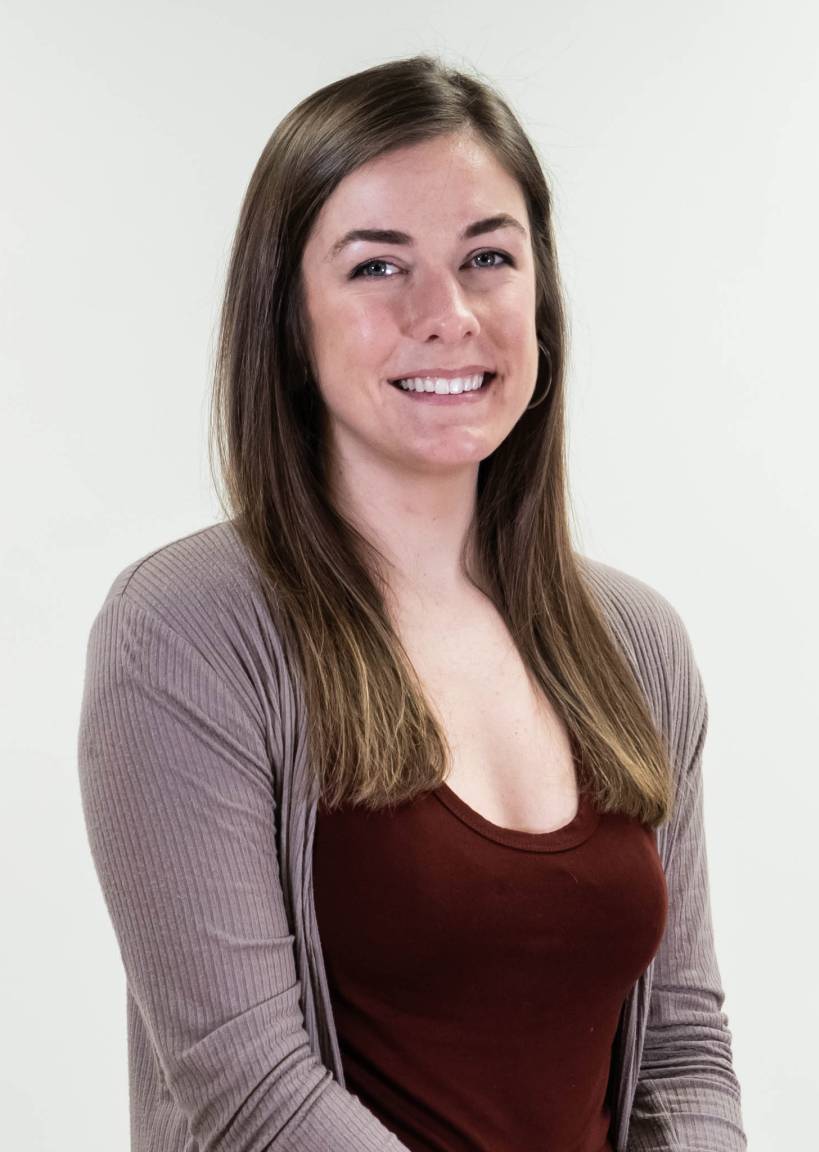 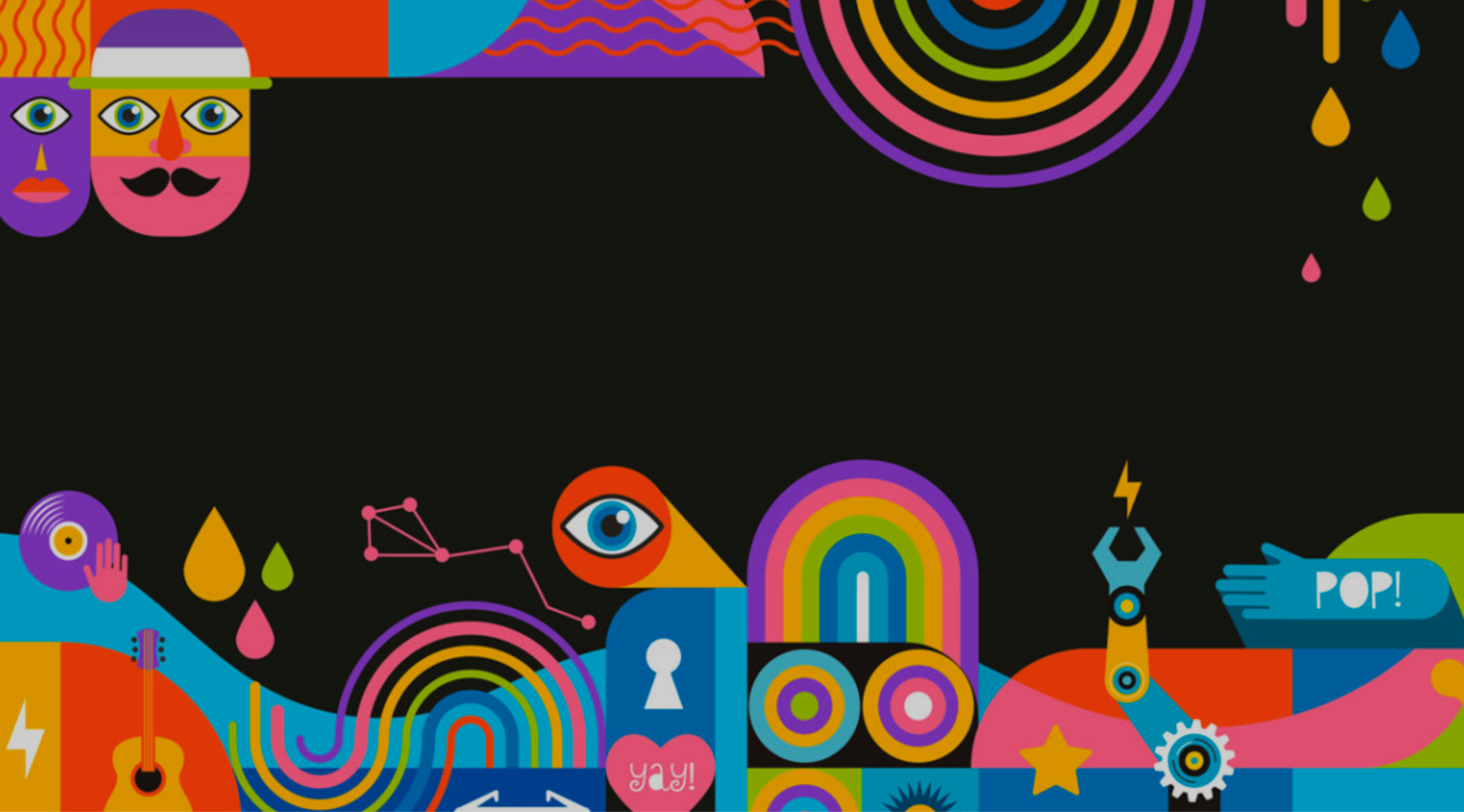 What To Look For: Creative and Design Trends for 2021 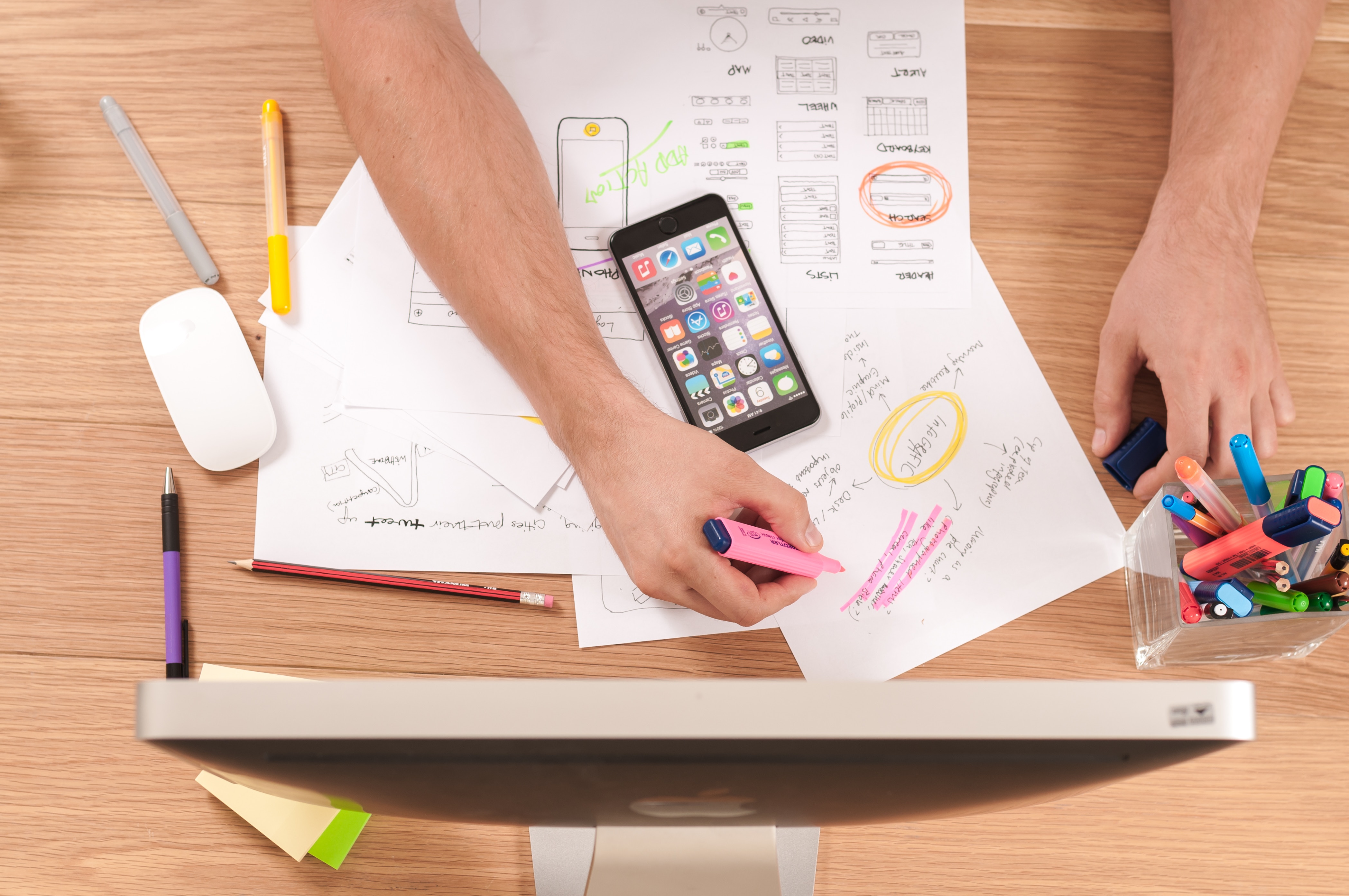 What does EAT mean for SEO? 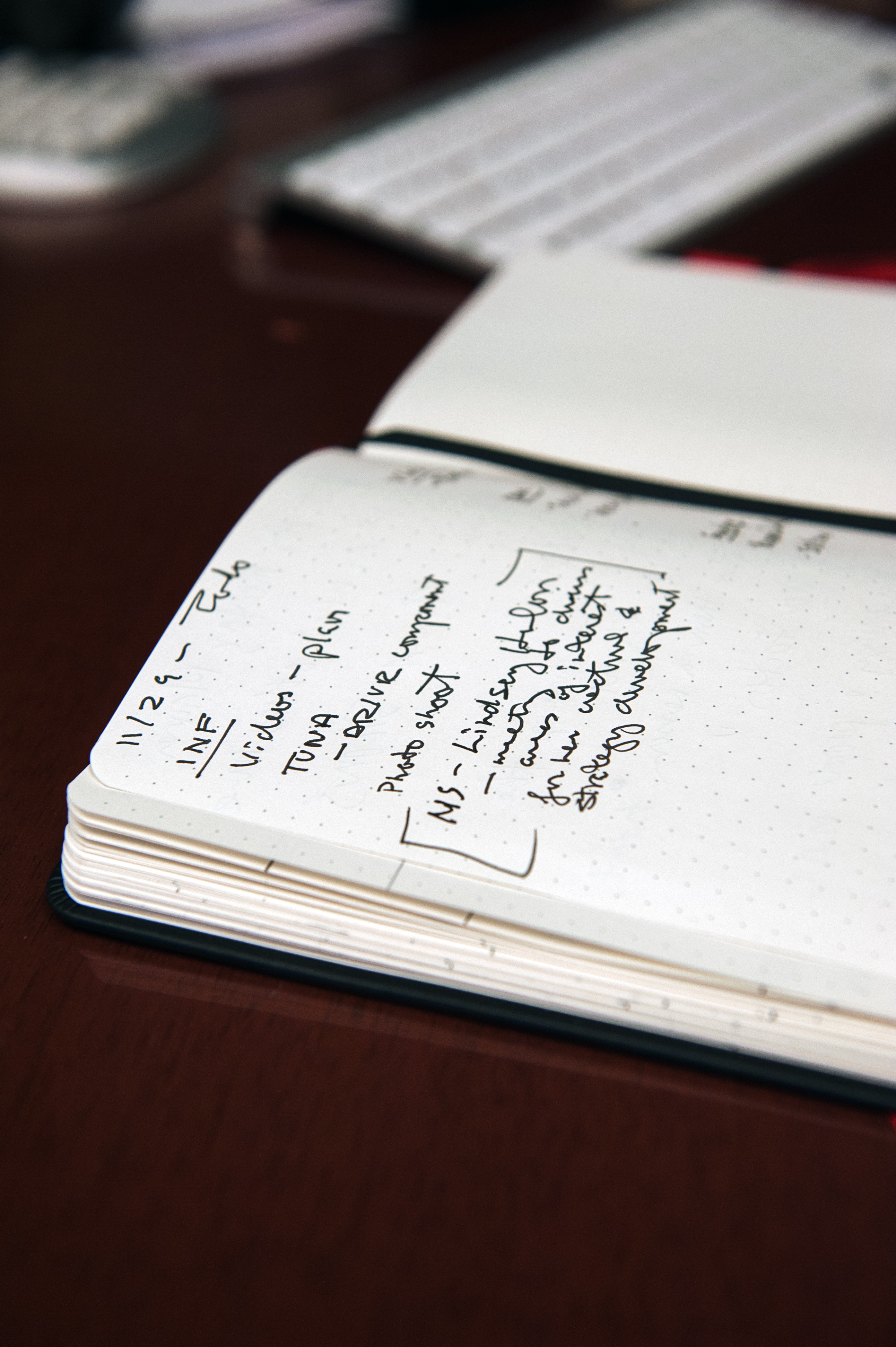